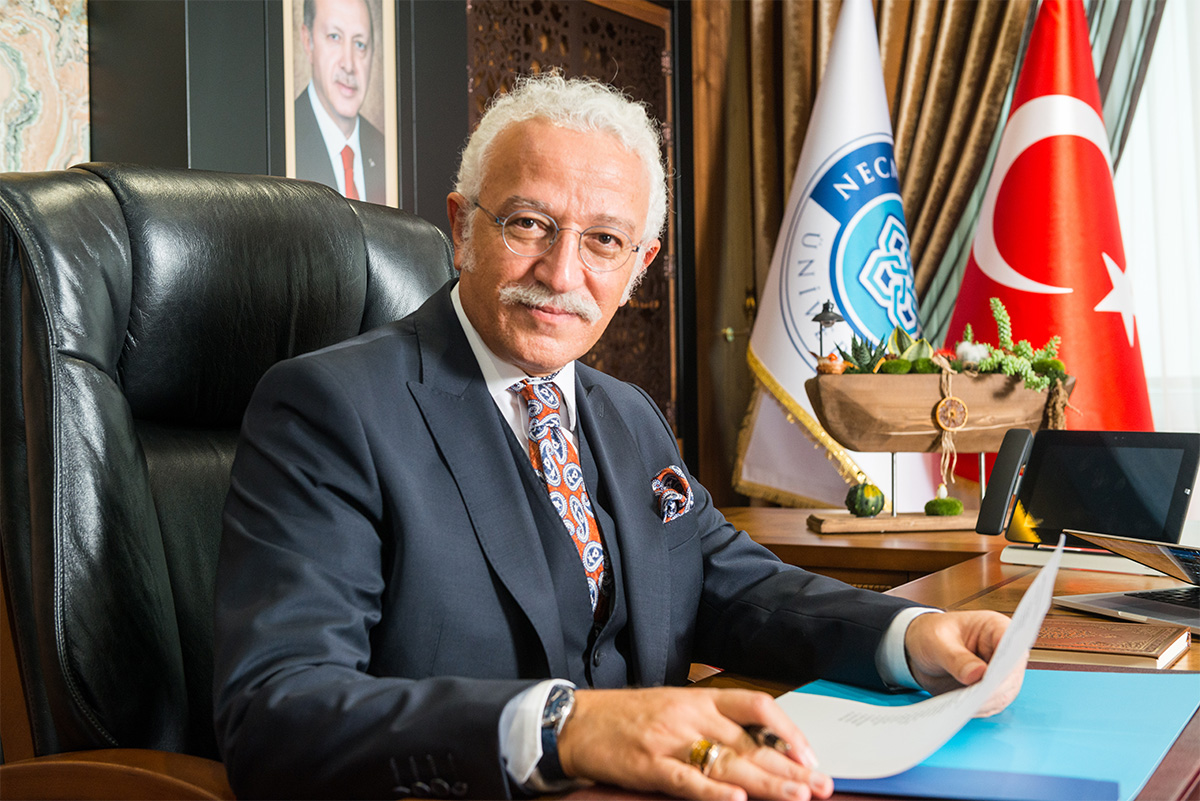 Rector
Prof. Dr. Cem Zorlu He was born on July 9, 1963 in Konya, Ereğli. His father's name is Süleyman and his mother's name is Sebla.
He graduated from Selcuk University, Faculty of Theology. He completed his master's and doctorate at the same university. He started to work as a research assistant at Selcuk University. He became an associate professor of Islamic History and then a professor later in 2007. He carried out educational activities in Germany, Egypt, Jordan and Azerbaijan. He served as the Dean of the Faculty of Theology at İnönü University for one year. He currently has 6 published books.
Cem Zorlu, who was elected as a Member of the Parliament for the 24th Parliament from Justice and Development Party, from Konya, in 2011, served as a member of the Turkey-EU Joint Parliamentary Commission and the Islamic Conference Organization Parliamentary Union during this period. After being a member of the parliament, he was appointed as the Chairman of the Board of Turkish Maarif Foundation in 2016 and as the Rector of Necmettin Erbakan University in 2018.
Zorlu speaks very fluent Arabic, fluent German and English, and a little Persian. He is married and has two children.